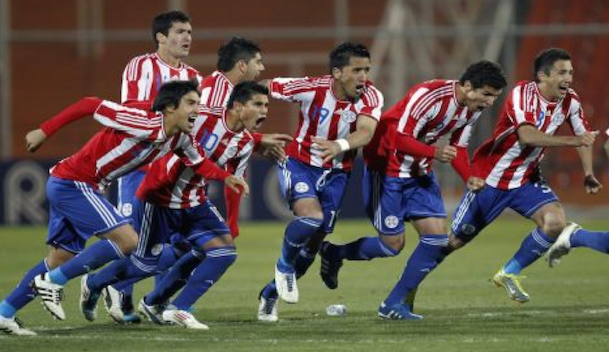 Paraguay beat Venezuela in a penalty shootout on Wednesday to reach the final of the Copa America for the first time since 1979, after they scraped a fortunate goalless draw in normal play.

Paraguay defender Dario Veron scored the winning spot kick, blasting the ball past Renny Vega, to send his side into Sunday's final against Uruguay in Buenos Aires, but celebrations were marred by an ugly fight that broke out amongst the teams as they left the field.