Mexico, Bolivia Booed Off After 0-0 Draw At Copa

Venezuela No Longer The Joke Of South American Soccer 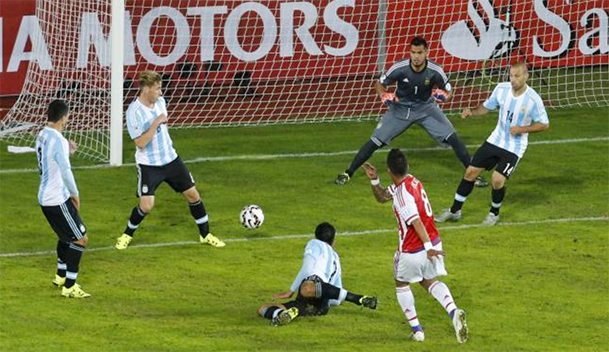 SANTIAGO (Reuters) - Paraguay’s Lucas Barrios scored in the 90th minute to give his side a dramatic 2-2 draw against Argentina in the Copa America on Saturday.

The Argentines looked to be cruising to victory thanks to first-half goals from Sergio Aguero and Lionel Messi from the penalty spot.

However, striker Nelson Haedo Valdez pulled a goal back for the Paraguayans on the hour with a cracking long-range shot before second-half substitute Barrios earned his side a point with a fierce drive in the final minute.

“A good Paraguayan side never gives up and we proved that again today,” Haedo Valdez said. “Even if we’re not as good as they are as individual players, as a team we’re better.

“In the first half we couldn’t string two passes together but in the second we knew we had nothing to lose and we grew in confidence. This is like a victory for us.”