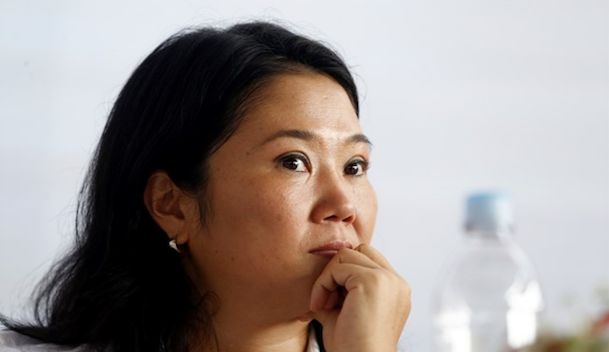 The leader of Peru’s main rightwing opposition party has been arrested for allegedly accepting more than $1m in illegal funding from a Brazilian construction company, becoming the latest Latin American politician to be linked to the region’s biggest corruption scandal.

Keiko Fujimori was detained and handcuffed when she turned up at the chief prosecutor’s office on Wednesday to testify in the case, which alleged that she had accepted the money for her 2011 presidential election campaign. She will be held for 10 days while prosecutors consider formal charges.

Ms Fujimori proclaimed her innocence and blamed her political enemies for her arrest. “Persecution has dressed itself up as justice in our country,” she said in a handwritten note posted on Twitter.