US captive in Venezuela says plan was to extract Maduro

How plot to overthrow Venezuela’s Nicolás Maduro ran aground 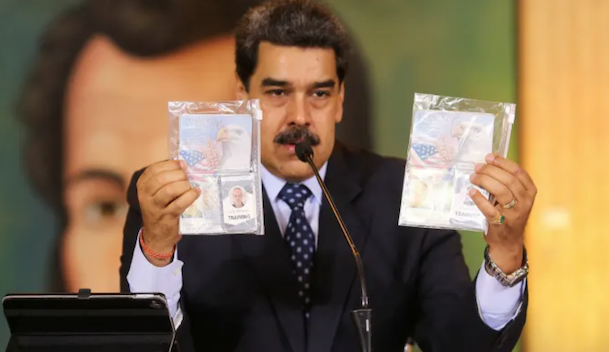 Gideon Long in Bogotá and Katrina Manson in Washington

A former US soldier being held captive in Venezuela said in a statement broadcast on national television on Wednesday that he and a team of accomplices planned to seize an airport in Caracas and use it to fly the country’s socialist president, Nicolás Maduro, to the US.

In the video, aired during a Maduro news conference, former army officer Luke Denman said he has been instructed by his boss “to ensure that we took control of the airport for safe passage for Maduro and receiving of aeroplanes”.

He said his tasks included “securing the sector . . . bringing in planes, one of which includes one to put Maduro on and take him back to the US”.