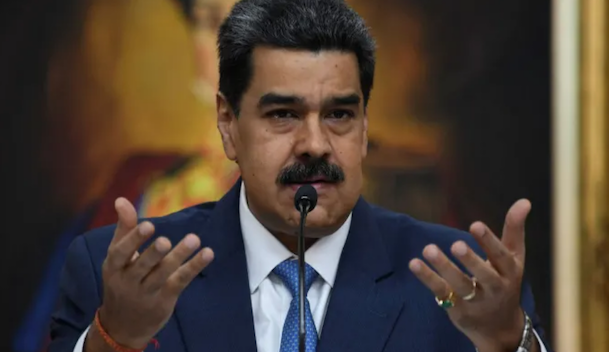 Katrina Manson in Washington and Gideon Long in Bogotá

The US has charged Nicolás Maduro and other Venezuelan officials with participating in an alleged narco-terrorism scheme, in a major escalation of the Trump administration’s campaign to oust the Latin American leader even as the country faces a growing humanitarian crisis.

William Barr, the US attorney-general, said on Thursday that Mr Maduro, 57, and his associates conspired with a dissident faction of former Colombian leftwing guerrilla group, the Farc, to use Venezuela as a safe haven and “flood” the US with cocaine.

The US state department also offered a $15m reward on Thursday for information leading to the arrest or conviction of the Venezuelan leader.