US increases pressure on Colombia to curb coca production

Exodus the only answer for thousands of Venezuelans 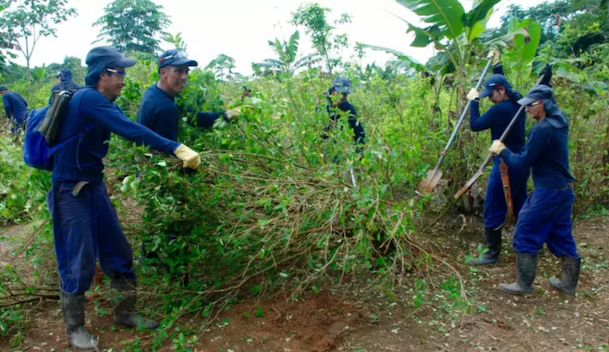 Hanibal Rodríguez plunges a shovel into the soil and uproots a coca plant. He and his team move steadily on, wrenching bushes out of the ground and leaving a carpet of broken branches and leaves in their wake.

Around them, police officers in body armour stand guard, sweating in the heat. Helicopters circle overhead and gunners scour the undergrowth for signs of the dissident leftwing guerrillas who still operate in this remote part of Colombia.

The Colombian government has vowed to pull more coca plants out of the ground amid US concern that a government keen to secure peace with FARC, the country’s biggest and best known rebel group, has let the war on drugs slide.