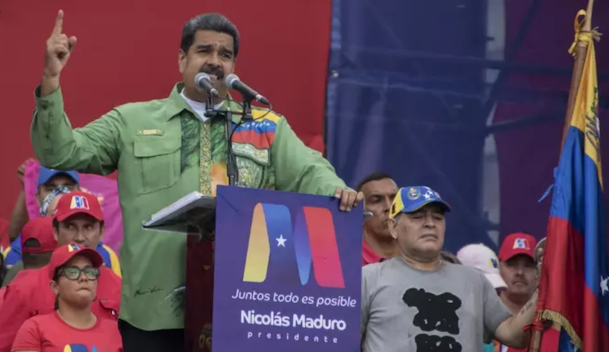 Venezuelan President Nicolás Maduro won another six years in office on Sunday in an election that has been criticised as a farce and that is likely to prompt further sanctions from the US and condemnation from the EU and Latin American countries.

Mr Maduro garnered 68 per cent of the votes cast, according to the electoral commission (CNE), which is loaded with government loyalists. This, despite presiding over one of the biggest economic meltdowns in the region’s history, hyper-inflation, corruption, plunging oil output and food shortages that have driven millions of people to emigrate.

His nearest rival, Henri Falcón, who had led some opinion polls in the run-up to the vote, took 21 per cent and dismissed the election as fraudulent, calling for a new ballot.