Mexico, Bolivia Booed Off After 0-0 Draw At Copa 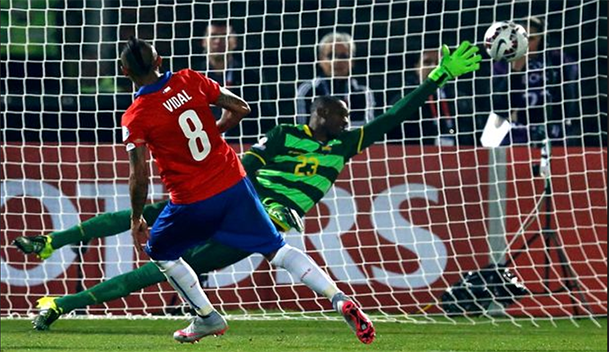 SANTIAGO (Reuters) - Second-half goals from Arturo Vidal and Eduardo Vargas gave hosts Chile a 2-0 victory over Ecuador in the opening match of the Copa America on Thursday.

Vidal scored from the penalty spot in the 67th minute after being pulled down by Miller Bolanos before Vargas latched on to a pass from Alexis Sanchez to double Chile’s lead with a low right-foot shot six minutes from time.

Ecuador’s best chance came from an Enner Valencia header that bounced back off the crossbar with the score still at 1-0.

Despite their victory, the Chileans created very little for much of the tie and will need to improve if they are realise their hope of a first Copa America title at the 37th attempt.