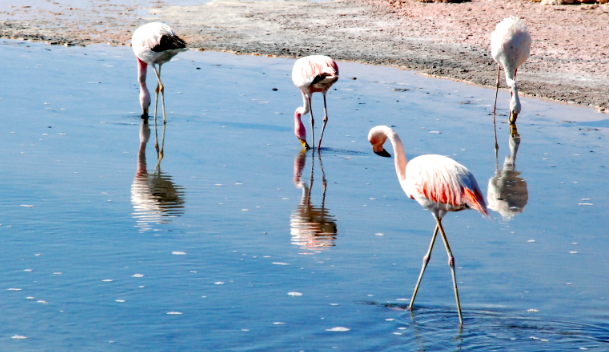 First, in late March the bodies of about 1,200 penguins were found on a remote beach in southern Chile. Next came the sardines — millions of them — washed up dead on a nearby stretch of coastline in April, causing a stench so noxious that nearby schools were closed and the army was called in to shovel piles of rotting fish off the sand. Then it was the turn of the rare Andean flamingos. Over the course of three months, thousands of them abandoned their nests on a salt lake in the Atacama Desert in the far north of Chile. Their eggs failed to hatch, and all 2,000 chicks died in their shells. Finally, in late May came the pelicans — nearly 60 of them, found dead on the central Chilean coast.