Chile And Peru Seek To Move On From Fraught Past 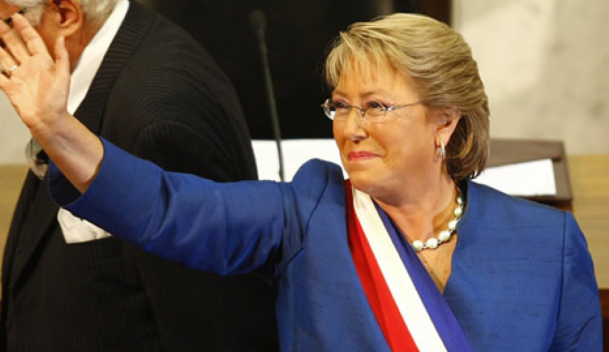 Michelle Bachelet pledged to make Chile “different and fairer” after being sworn in as president Tuesday in a ceremony rich with symbolism.

But the inauguration was notable for the absence of one man — Nicolas Maduro, the president of Venezuela.

Maduro has been due to arrive in Santiago in the morning but failed to show up amid the crisis in his homeland. At least 22 people have been killed in Venezuela since violent protests against the government erupted last month, including two Monday night.

Bachelet, a Socialist who has so far said little about the situation in Venezuela, takes over from Sebastian Piñera, a billionaire businessman who has ruled Chile for the past four years.