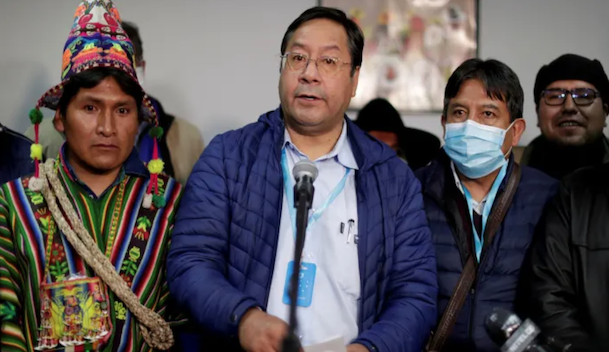 The socialist party of Bolivia’s former longtime leader Evo Morales has claimed a stunning victory in presidential elections, paving the way for five more years of leftwing rule and raising the prospect that Mr Morales will return from exile in Argentina.

With official results still trickling in from across the country, centrist candidate Carlos Mesa, who had stood a reasonable chance of beating the socialist Movement Towards Socialism (MAS) party, conceded defeat. “It’s a result that we accept,” he told reporters in La Paz on Monday.

Bolivia’s interim president, Jeanine Áñez, also confirmed the MAS’s victory, tweeting her congratulations to the socialist candidate, Luis Arce, and his running mate, David Choquehuanca. “[I] ask them to govern with Bolivia and democracy in mind,” she said.