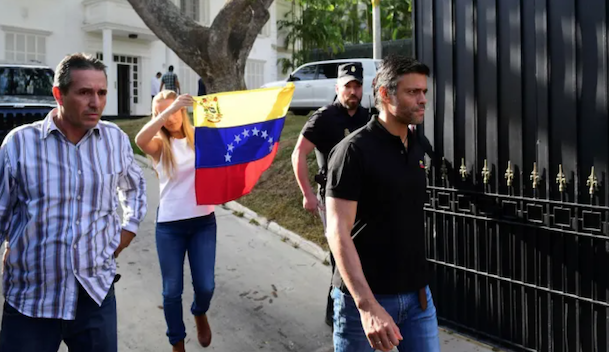 Venezuelan opposition leader Leopoldo López has fled the country after spending the past 18 months holed up inside the Spanish ambassador’s residence in Caracas following his involvement in a failed uprising against the government of Nicolás Maduro.

Senior figures from his Voluntad Popular (Popular Will) party confirmed the news to the Financial Times, without saying where he had gone. Fellow opposition leader Juan Guaidó also tweeted the news.

Mr López is one of the most prominent Venezuelan opposition figures, best known for leading street protests against the Maduro regime in 2014. He was arrested during those demonstrations, and later found guilty of public incitement to violence and sentenced to nearly 14 years in jail. He was imprisoned in the Ramo Verde facility in Caracas.