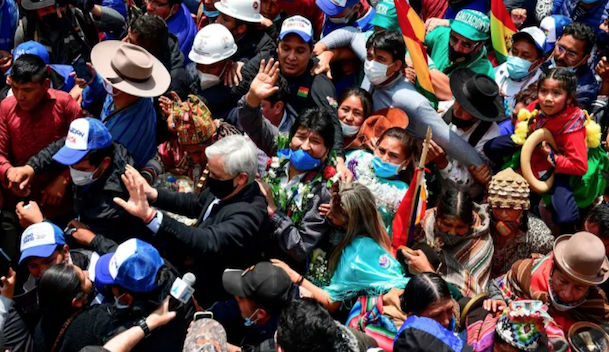 Bolivia’s former president Evo Morales has made a triumphant return to his homeland on Monday after a year in exile in Argentina.

Returning home just a day after Luis Arce, his Movement Towards Socialism (MAS) socialist party candidate and longtime former finance minister, was sworn in as the country’s new president, Mr Morales was accompanied by Alberto Férnandez, Argentina’s leftist president, who has hosted him in Buenos Aires for the past year.

After crossing the border on foot, Mr Morales was met by a jubilant crowd chanting his name, showering him with confetti and waving the rainbow-coloured Wiphala flag of the indigenous people of the Andes.