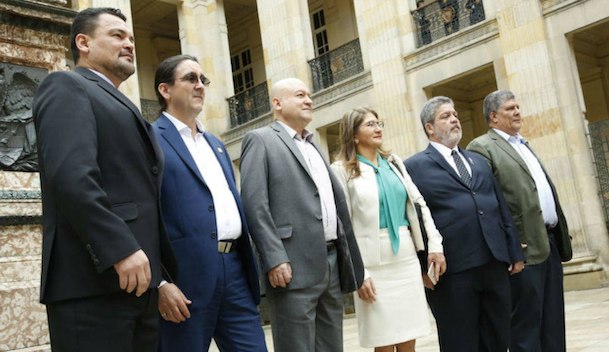 Half a century after their Marxist comrades took up arms in the Colombian mountains and vowed to overthrow the state, members of the country’s once-feared guerrilla group, the Farc, have taken seats in the democratically elected congress for the first time.

A handful of senior figures from the Farc, now a political party, walked into the parliament building in central Bogotá on Friday to be sworn into office in a ceremony rich in symbolism.