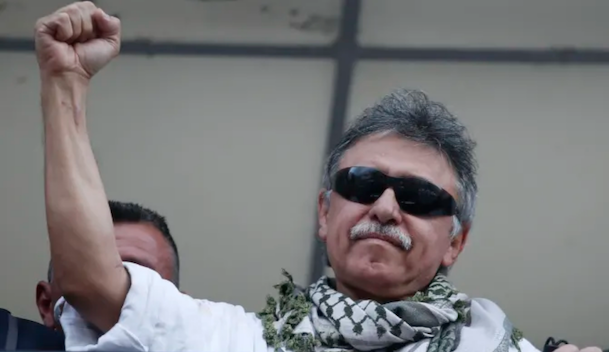 One of Colombia’s best-known former Marxist guerrillas was freed from jail on Thursday for the second time in a fortnight, as the country’s politicians and lawyers argued about what to do with him and whether to extradite him to the US to face drug-trafficking charges.

Jesús Santrich, a longtime member of the Revolutionary Armed Forces of Colombia (Farc), was released from a prison in Bogotá on the orders of the Supreme Court.

Speaking shortly afterwards at the headquarters of the Farc — now a political party — he said he carried “a message of hope, peace and also of gratitude” to those who had supported him while in jail, and was ready to co-operate with magistrates “to clear up any doubt” over his innocence.