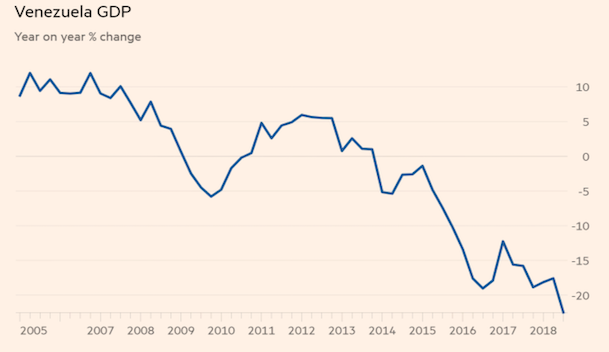 Inflation hit 130,000 per cent in Venezuela last year, the country’s central bank has said in a rare official acknowledgement that the economy is in meltdown.

In a series of spreadsheets published on its website, the bank said that Venezuelan gross domestic product contracted by 22.5 per cent year-on-year in the third quarter of 2018 — the most recent period for which figures were available.