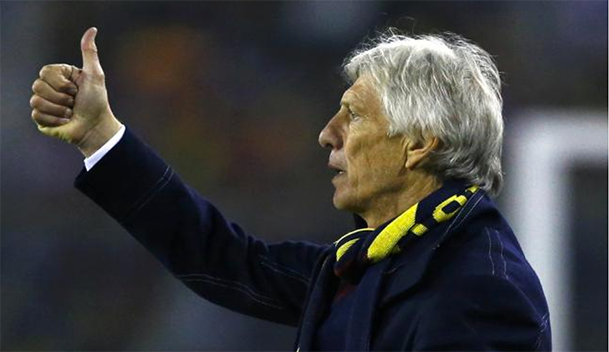 SANTIAGO (Reuters) - A first-half goal from Jeison Murillo gave Colombia a 1-0 win over Brazil at the Copa America on Wednesday in a game marred by ugly scenes at the final whistle that saw Neymar and Carlos Bacca shown red cards.

The defeat was Brazil’s first in 12 matches and the first game coach Dunga had failed to win since taking over following their disastrous 2014 World Cup.

The scrappy game threw up few clear chances but Colombia put away the one that mattered to get the win over their illustrious rivals and record only their second victory in 10 Copa America encounters against the five-times world champions.

Colombia were the better side throughout with defender Murillo seizing on a loose ball to get the all-important goal nine minutes before half time after a Juan Cuadrado free kick had bobbled around in the box.