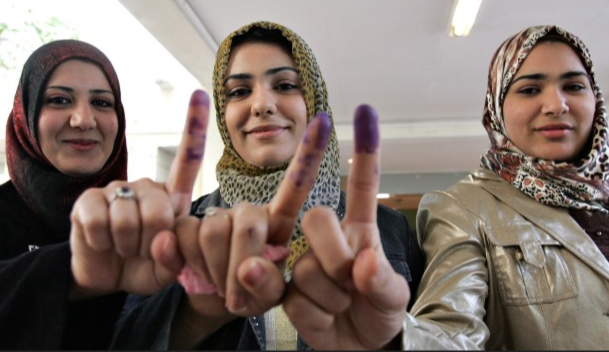 Salama al-Khafaji's son was killed by Iraqi gunmen last year and she herself has survived several assassination attempts.

This month she was shot at in Baghdad and only this week militants sent a note to her sister threatening to hack off the heads of her children if Khafaji continued to stand as a candidate in Iraq's first postwar election on Sunday.