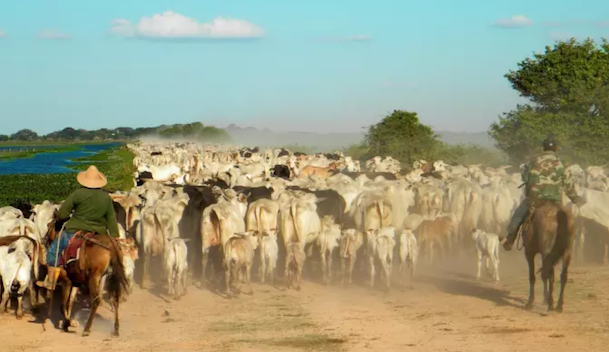 Along Venezuela’s vast, lawless border with Colombia, cattle rustlers are at work stealing and trading cows and smuggling them across the frontier, often in the dead of night.

They bribe border guards to get the livestock across. The cows are slaughtered — as many as 250,000 a year — in makeshift Colombian abattoirs and the meat is sold for three times what it fetches in Venezuela.

The business is worth $135m a year, according to one estimate by the Colombian cattle-ranching federation. But it is only one of a series of growing cross-border smuggling rackets that include petrol, stolen copper, scrap metal, eggs, tomatoes and clothing.