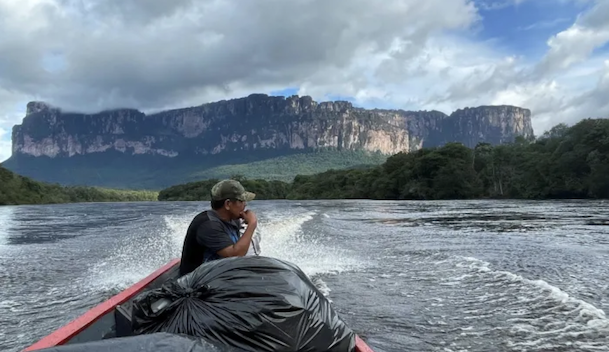 Seen from above, the Canaima National Park in south-east Venezuela presents a magnificent landscape. Giant table-top mountains rise out of the lush green jungle. Dark rivers snake through the undergrowth. A Unesco World Heritage Site, the park is a haven of biodiversity and home to Angel Falls, the tallest uninterrupted waterfall in the world.

The aerial view looking west, however, is rather less attractive. The land is pockmarked with bare, brown patches of earth — tell-tale signs of mining activity. Dirt tracks cut through the forest to makeshift camps. Environmental destruction, clearly visible from the air, blights the west bank of the River Caroní, the border of the park.