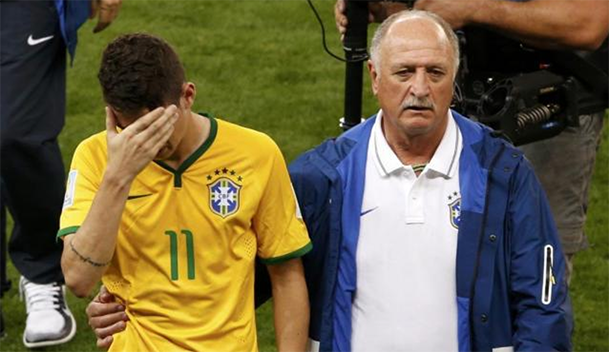 BELO HORIZONTE Brazil (Reuters) - Brazil coach Luiz Felipe Scolari said watching his side being crushed 7-1 by Germany in their World Cup semi-final was the worst day of his life as they suffered the most humiliating result in their illustrious soccer history.

“If I were to think of my life as a footballer, as a coach, as a physical education teacher, I think it was the worst day of my life,” Scolari told a news conference on Tuesday.

“I’m going to be remembered probably because I lost 7-1, the worst defeat in Brazil’s history, but that was a risk I knew I was running when I walked into this position.”

It was only the second time that Brazil had lost by six goals and the first was back in 1920. It was by far their biggest defeat at a World Cup.